Telling someone they are failing to make the grade is always tough. One scenario many managers dread is telling a staff member their job is at risk because of their attitude or actions. They fear any approach will be seen as potentially threatening, and could elicit cries of ‘Constructive dismissal!’ or ‘So you want me to leave?’ when the message actually boils down to ‘This is serious but it can be fixed’. How, then, can you communicate the seriousness of the situation without getting an immediate ‘fight back’ response?

Unless the misdemeanour is more akin to gross misconduct, the message is best given over a series of conversations whose purpose is simple: to communicate that you believe in them, you see talent in them but there are issues that need to be put right for them to stay in their current job role.

The initial approach shouldn’t touch on the notion of job jeopardy. This first conversation should be all about informing them precisely how they are letting themselves down with the assumption that a) they are not aware of the issue, and b) once they do know they will work hard to fix it. Hopefully you might never have to spell out exactly what is at stake!

If all goes well, your second conversation will be to congratulate them! But if they have still not made the necessary improvement, there are two possible approaches to take. If you have seen them genuinely put effort into trying to improve, you might want to spend some time talking about the difficulties they encountered and devising some new actions. However, if it is clear that there has been no effort and no improvement, it might be time to inform them of the seriousness of the situation.

Make your conversations honest; even the poorest performers will be succeeding in some way, so start the message by listing everything they are doing well. Then approach the required improvement in terms of ‘you are doing a number of things really well (list examples again), however, this small, yet significant, part of your job role is not being met. In fact, it is such an essential element of your role that if improvements are not made you could be putting your job in jeopardy.’

Emphasise the ‘small, yet significant’ part. It is important not to frighten people but you also need to get the message across. It is good to talk about any changes or improvements in this way, particularly as people who are not practised at change can very easily become overwhelmed by the apparent enormity of having to do things differently.

The second magic element of that phrase is ‘your job role’. By talking about what the job needs to deliver, you are not necessarily apportioning blame – in fact you’ve already taken the time to recognise and reinforce your employee’s talents. This could, in turn, lead to a conversation about their suitability for the current job role, which might be just what is needed! 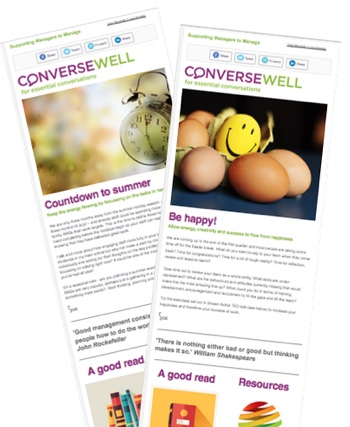 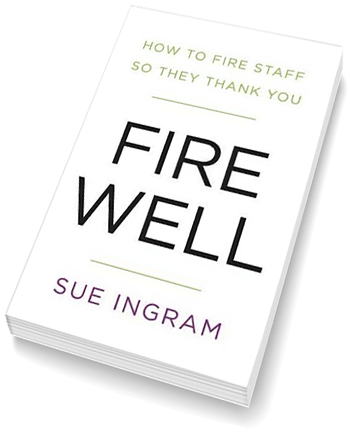